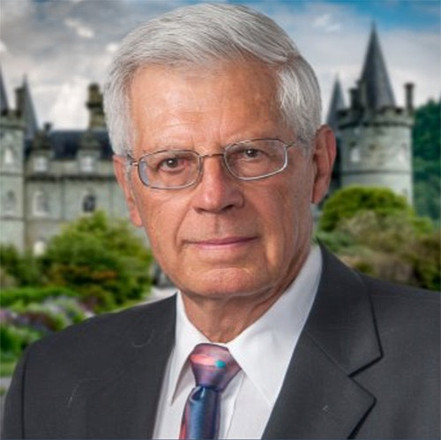 Michael Campbell is a master photographer of the first rank who has worked, studied, and hobnobbed with some of photography’s all-time greats.

He is also a fascinating and multitalented individual with a background and knowledge base so remarkably diverse that his astounding photographic versatility is the inevitable consequence of who he is, namely a 21st century renaissance man.

Born in the UK, Campbell studied physics, math, and chemistry at a top private school, then for a year after school worked at the Kodak Research Lab when he was 19.  He earned a Masters in Geology at Leicester University, and, from 1966-1971, was a graduate lecturer in Photographic Technology at the world renowned Kodak International Photographic School in Harrow. He went back to Kodak after graduating instead of getting a job as a geologist on an oil rig in the North Sea or in a copper mine in Africa, because, as the British high jump champion,  he was training with the British Olympic team for the 1968 Mexico Olympics.

From 1971 -1978 he taught photography and documentary film production at the Salisbury College of Art, and he also worked as a free-lance sound recordist and 16 mm documentary film cameraman for the BBC.

In 1973, he shot his first commissioned portrait, a compelling image of former British Prime Minister Sir Anthony Eden (Lord Avon ) that Eden used for his best-selling book, “It’s A New World.” Photographer Sir Cecil Beaton saw the portrait and asked Campbell to put on a one-man-show of photographs at the Salisbury Arts Festival. Beaton gave Campbell a copy of his book on photography  ’The Magic Mirror” and asked Campbell to print dozens of black and white photographs of people like Greta Gabo, Marilyn Monroe and Audrey Hepburn in his darkroom in Alvediston.

When after hosting famed American landscape photographer, Paul Caponigro, in England at his home in Wiltshire, Campbell was invited to go to the Santa Fe, New Mexico to work on the darkroom printing for Caponigro’s book 'The Megaliths’ which included iconic images of Stonehenge and other European stone circles, On hearing that The Salisbury College refused Campbell a one month sabbatical to do this, Sir Cecil Beaton, insisted Campbell resign his lecturing job and go to the US. Telling him it would "change your life". Beaton wrote him a letter of introduction . Thus encouraged Campbell went back to the Head of the photography department and handed in his resignation and left in January 1979 for America.

Campbell worked with Paul Caponigro in Santa Fe and also took time to visit  many other famous New Mexico  photographers who were included in Beaton’s book;  including Laura Gilpin, Eliot Porter, Beaumont Newall.  He then traveled across country to California where he stayed with Ansel Adams for a week in Adams home in Carmel. As a result of this inspirational visit, Campbell wrote a major article on Adams, and later another piece on the American photographic master, Brett Weston, for the influential British Journal of Photography.

Sir Cecil Beaton and Dennis Constantine had both given  Campbell an introduction to one of Americas most successful portrait photographers Phillip Stewart Charis  in Pasadena, Campbell stopped in LA to visit him. .  After a brief meeting, Charis offered Campbell a job as his  studio manager and portrait artist.  What followed over the next years were stints as a portrait photographer,  university professor of photography, and lecturer sponsored by companies such as Fuji, Tamron, Corel, Adobe. All during this time Campbell was continually creating outstanding and profound images in genres ranging from portraiture, fine art photography, advertising, sports, landscapes, and equestrian photography.

In 1988 he was asked to lecture and have a one-man show at the famed Brooks Institute of photography in Santa Barbara.At the end of the show,  Ernest Brooks insisted Campbell enter a couple of prints in the Professional Photographers of America National Competition. There were over 8000 entries from all over the world and Campbell's two images, made with Fuji Film, took first and second place with the highest score anyone had had in the 52 year of the competition.

In 1988, he operated  his own commercial studio in San Diego, where he  photographs families, executives, dancers, actors, authors, public speakers—you name it—for personal and publicity use. During the same period he taught countless workshops around the US and Europe. ……….. He recently taught an online webinar on using Core Painter, at which he had students from 9 countries world wide in attendance.

For the record, Michael Campbell is self-taught as a photographer and Adobe Photoshop expert, and as an accomplished digital painter.

When he lived in England during the 60s and 70s,  he represented Britain in more than 59 international athletics meets all around Europe  for over 14 years as the UK champion and record holder in the high jump. While still at school when he was 18 and 19,  he  played cricket for England ‘Under 21 team ‘ as a fast bowler.  He also represented his university in athletics, cricket, golf, squash, table tennis chess and bridge. To take his resume into the realms of the surreal he and his father once appeared in the Guinness Book of World records when Campbell tree a raw egg 115 yards to has father caught it without it breaking (apparently he grew the next one 120 yards but it cracked when his dad caught it) …………. a true renaissance man."

When his son Alex went to high school in San Diego Campbell got a volunteer job for four years as a track coach and his son became the California State Champion in the high jump and went on to get a full scholarship to the University of California Irvine and from there  to the Razorback Track team a the University of Arkansas.

Campbell closed his studio in 2016 and began work on a coffee-table about the Sacred Island of Iona off the west coast of Scotland. Campbell spent two years when he was  22 and 23 in the sixties making a geological map of the 2.7 billion year old rocks of the island for his masters thesis. He got to know all the  95  inhabitants of the island, and volunteered to help the restoration of the 13th century Iona Abbey.  He has dedicated his book to all the men and boys from Iona who died for their country during the two world wars.

In 2018 he bought a DJI Camera Drone and was commissioned by the CCSNA (Clan Campbell Society, North America ),  to produce another coffee-table book photographed with the drone of castles and historic buildings associated with the history of the Scottish Clan Campbell. The foreword to the book is written by the chief of the clan Torquhil Campbell,  His Grace the Duke of Argyll.

Closer to home Campbell has published another coffee-table photo book of hummingbirds photographed in his back garden and this was recently featured in a local TV news item.  He currently has plans with his best friend celebrated Mexican photographer and architect Juan Collignon Hoff to open an art  gallery in Beverly Hills, California.